Much has been made about the potential of 5G wireless networking to dazzle consumers with virtual reality gaming, diorama sports streaming, hologram calling, and a host of other slick services that require 5G’s ultra-high capacity and minimal latency. Such consumer services are indeed impressive, but the future of 5G rests on the broad shoulders of enterprises.

Not only will businesses drive much of the 5G application innovation in the coming years, but as is often the case with major telecom infrastructure rollouts, their purchasing power will enable carriers worldwide to recoup the hundreds of billions of dollars they’ve been pouring into 5G spectrum and network upgrades.

The biggest 5G opportunity is in driving a variety of Internet of Things applications. For more than a decade we’ve been hearing companies and organizations across sectors talk about the potential of IoT-placing sensors on all manner of machines and devices to collect data, linking them over wired and wireless networks, and then applying analytics to inform the next steps.

Among the industrial IoT applications, they tout alerting engineers when to replace a jet engine part, turbine compressor, or train wheel that’s about to fail. Tracking the whereabouts of assets such as shipping containers, factory inventories, and even people across vast geographies, monitoring the driving habits of consumers to adjust insurance rates, modifying

the cadence of traffic lights based on real-time feedback from road sensors to relieve congestion and alerting doctors to take action when their patients’ health monitoring devices show that certain vital signs have taken a turn for the worse.

But a major obstacle to the mass rollout of such applications has been the scarcity of reliable, ubiquitous, cost-efficient connectivity. Not every sensor-laden machine, part. wearable, vehicle, appliance, or another thing’ especially in remote areas can be linked to a high-speed fiber-optic network.

Enter 5G. In addition to delivering speeds that are comparable to and are at least 10x faster than on previous generation wireless networks, with a fraction of the latency. 5G networks support

massive machine-type communications. As such, they enable very large numbers of IoT devices to communicate with one another and with central decision-makers. What’s more, 5G networks cost much less than fiber to Install and extend (though they do cost more to operate).

As with cloud computing, artificial -, and other pivotal technologies, 5G will drive economic growth well beyond the tech industry. A report from GSMA, an association of mobile communications providers, estimates that 5G technologies will contribute 82.2 trillion to the global economy in the 15 years between 2019 and 2034, with manufacturers, utilities, financial service providers, and the public sector institutions among the most aggressive users.

In a recent interview. Andrew De La Torre, Group Vice President of technology at Oracle Communications which makes cloud-based 5G core network and service-monetization products for carriers discussed three keys to the long-term success of enterprise 5G: • Are 5G networks and the applications built on them secure enough? Have enterprises updated their

business models, processes, and data analytics capabilities to take advantage of the loT applications made possible by 5G technology advances? Are 5G carriers ready to “pivot from a closed industry? orbiting around consumers, to a much more open ecosystem – drive service innovation?

One carrier at the forefront of such innovation is Singtel, Singapore’s leading telecom carrier. Singtel announced earlier on that it has connected hundreds of sites in the city-state’s business and shopping districts, as well as in residential areas, to its new cloud-native 5G Standalone (SA) core network

“Our 5C SA network, particularly Its network slicing capabilities opens up several exciting possibilities for our enterprise customers to go to market faster with new and innovative 5G-powered services, such as virtual reality, IoT, and smart factory applications,” says Dennis Wong. Singtel Vice President of 5G Enterprise and Cloud. “It will be a key enabler of digital transformation across a variety of – sectors.”

Previous post The Other side of China -The Review of Destruction 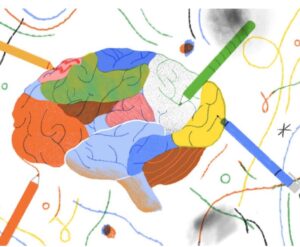 Will NASA’s Tarot spacecraft save the world from colliding with the endangered Timor’s asteroid?

Why people get tattoos ? – Interesting facts on tattoo and Psychology

Harry-Meghan Markle joins with Netflix to produce a heroic story.

Afghanistan situation- Heart of Bubbling of an Islamic woman of Afghanistan

Will the British monarchy end?- The truth behind the Monarchy of United Kingdom

Yohani -One of the trending Admirable singers in the world today